Taking Fat Burners on Empty Stomach is a Bad Idea

What Exactly Are “Fat Burners”?

Fat burners are the same as thermogenic supplements. The term “thermogenic” means heat-producing.  When your body burns calories, it generates heat. Thus, any supplement that increases your metabolism or burn fat is a thermogenic fat burner.  Unfortunately, taking fat burners on empty stomach can nullify benefits due to side effects.

Additionally, some fat burners contain only one active ingredient while others may contain exotic blends designed to improve results. We will look at specific thermogenic fat burning ingredients a little later. For now, let’s get to why taking fat burners on empty stomach is a bad idea in most cases.

Side Effects of Thermogenic Fat Burners

Fat burners, depending on ingredients, may also elevate blood pressure slightly. Thermogenic supplements formulated with 400 mg or more of caffeine can even lead to anxiety, heart palpitations, and other more serious side effects.

Some studies have linked fat burners to severe inflammation in the intestinal tract of users. This condition is so serious that surgery may be required to treat. Other studies have shown that cheaper fat burners can even lead to liver damage or even failure depending on use and ingredients.

Taking fat burners on empty stomach increases risk for side effects, including intestinal inflammation. Therefore, you want to take on a full stomach and make sure you are fully hydrated throughout the day.

First, fat burners tend to boost metabolism.  Secondly, that means your body is burning calories and using water at a faster pace.

Taking fat burners on empty stomach increases risk for side effects, including intestinal inflammation. Additionally, you want to take on a full stomach and make sure you are fully hydrated throughout the day.

Plus, making sure to fully read the ingredients is vital. Next, let’s look at some of the most common ingredients used in fat burners.

Caffeine is one of the most popular ingredients in many popular fat burners. Coffee, cocoa, tea, kola nut and yerba mate are all plants that produce caffeine.

However, it takes a lot of caffeine to burn calories. For every milligram of caffeine you ingest, it only helps burn .1 calories. So a 200 mg. pill would help you burn 20 calories.

So while common in fat burners, those formulated with caffeine alone aren’t going to make a big impact. You would need to take dangerous levels of caffeine alone to burn any significant amount of fat.

Green tea helps induce thermogenesis thanks to both caffeine and EGCG (epigallocatechin gallate). As we covered, the caffeine boosts adrenaline levels and boosts metabolism. The ECGC actually slows the breakdown of adrenaline so the energy burning is greatly increased.

Studies show that green tea supplements boost metabolism by up to 4%. They also increase fat burning by up to 16% over 24 hours after taking.

However, like caffeine, taking supplements with green tea extract alone have not been shown to burn significant amount of fat. One 12-week study showed 2.9 pounds of weight loss using green tea supplements alone. Therefore, this is another thermogenic ingredient that technically works but doesn’t produce great results.

Capsaicin is found in chili peppers. The hotter the chile pepper, the more capsaicin it contains.

Thermogenic supplements are formulated with capsaicin because it stimulates the release of adrenaline. Much like caffeine, this causes an increase in metabolism which burns more fat.

Plus, capsaicin also impacts fat loss. Studies show that taking just 2.5mg of capsaicin with each meal boosts fat burning by up to 10%.

However, just like chili peppers, capsaicin has been linked to nausea and other digestive issues. It depends on the dosage and quality of ingredients, but it can cause side effects. This is another reason why taking fat burners on empty stomach is a bad idea. Most people avoid the side effects by making sure to take capsaicin supplements on a full stomach.

Bitter orange contains synephrine that acts as a natural stimulant. While only recently added to fat burners as an active ingredient, synephrine show promise in studies so far.

In one study, taking 50mg of synephrine daily burned 65 more calories per day than the control group. Other studies show synephrine improved weight loss and increased metabolism over 6-12 week period when taken daily.

However, burning an extra 65 calories per day is likely to lead to significant and sustained weight gain. Plus, studies suggest that the effects of synephrine decrease in some subjects after continued use. Like the other thermogenic ingredients we studied, any of them alone is unlikely to burn much fat.

Ideally, you want thermogenic supplements that both burn fat and help rebalance metabolic hormones like leptin. Metabolic hormones control cravings, how much we eat to feel satiated, and metabolism rate.

However, a condition known as leptin resistance presents a particular challenge if you are looking to burn fat. Leptin signals the brain to either eat (hunger pangs) or stop eating (you feel full). When the brain can’t detect leptin at all, it’s known as leptin resistance. This causes your brain to think it’s starving. Thus, your cravings increase, you need to eat more to feel satiated. In addition, the brain also slows metabolism to burn fewer calories.

So, if you are trying to lose weight, leptin resistance is a real problem. That’s why you really want fat burning supplements that help rebalance metabolic hormones like leptin. Otherwise, you are unlikely to see any significant weight loss. In fact, you are literally fighting your own body.

Whatever supplement you choose, make sure to take it with a meal and drink plenty of fluids!

Mike Dorfman is BS in Biochemistry from the University of Colorado. Mike’s has worked as a personal trainer for Gold’s Gym and helped many clients achieve their weight-loss and fitness goals.

To health first, weight-loss second. Mike and Tetrogen are here to help you make the transition to the healthier, happier, and thinner you! 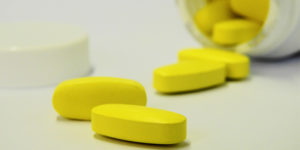 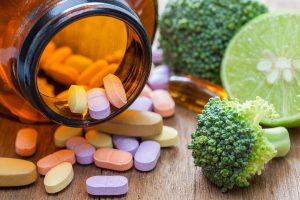 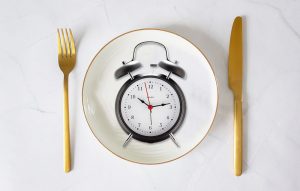